Tesla Vision Statement 2021: A Full Analysis Of Its Vision

The company believes that the sooner the world stops relying on fossil fuels to drive their cars, the sooner we will move towards a better future with zero emissions. The company aims to manufacture products that are affordable and accessible to more and more people. 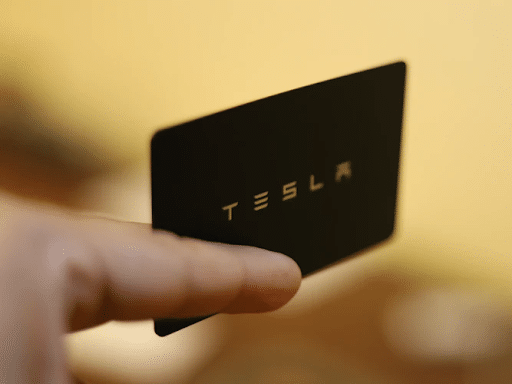 Tesla’s vision is one of the world-famous mission statement examples. The company has employed a conventional business model that will lead to the growth of the ecosystem. To become an entirely viable business model, the company needs to establish an ecosystem that is entirely made of renewable energy solutions. The company aims to become capable enough to compete with other automobile companies in terms of convenience.

Why Does Tesla Have Such A Mission/Vision Statement?

Tesla has been focused on its strategy ever since its inception. Tesla initially entered the market through the launch of the Roadster, which is a sports electric car. It did so to validate the market gradually by conquering a sub-portion of the automotive industry. At that time, the sports car industry had a customer base looking for innovative products and Tesla seized this opportunity. 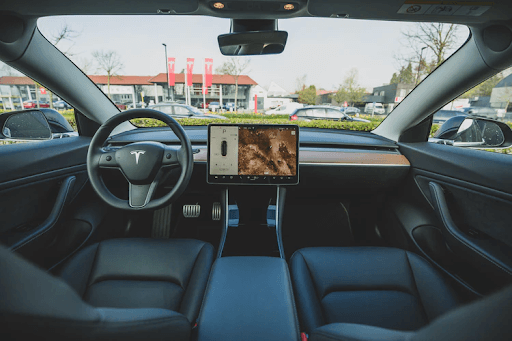 However, before the business model transitioned to a new model, the company validated smaller portions of the sports car market by persuading the psychology of people who were ready to use the new technology.

In the year 2012, Tesla launched the Model S, an electrical Sedan which was easily accepted by the masses. However, at that time, the strategy was only to release the model and see how the public reacted to it. It took years for the company to get to the level of mass production.

Even today, thousands of purchased parts are sourced from several parts of the country. The company uses a direct distribution model in which the cars are sold directly through the physical stores and eCommerce platforms worldwide.

Why Is Tesla Vision Statement Impactful?

The Tesla Vision Statement is satisfactory in terms of representing the goals of the company. It covers the types of products that the company deals in, the place the company holds in the market, the company’s potential to perform better in the market, etc. The company also aims to accelerate the advent of clean energy and clean transport production.

Ever since the business model of Tesla has rolled out, the company has successfully become one of the leading companies in the automobile domain. The company has entered larger portions of the market since they offer premium quality cars at comparatively lower prices. It has further resulted in making the Tesla vehicles adopted by the masses. 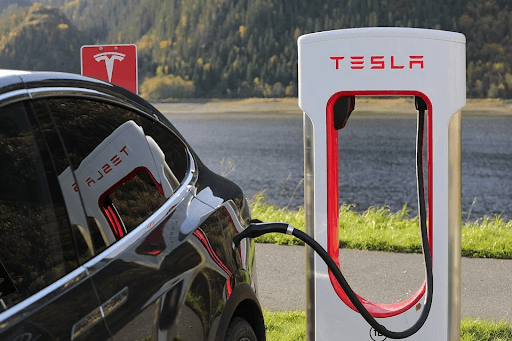 Not much information can be gathered about the general direction of the company’s organizational development.

Get Inspired Through Tesla Vision Statement

Tesla’s vision focuses on becoming the most compelling car organization of the 21st century and transforming the world by introducing electric vehicles. The corporate vision statement accepts that the world has reached an era where renewable energy must be given utmost priority. Hence, the company focuses on introducing vehicles made up of renewable energy.

To be more precise, the organization labels the electric vehicle market as a top avenue to accelerate the concept of use of renewable energy globally. Tesla focuses more on utilizing electric energy for powering all motor vehicles.

In Tesla’s vision statement, there are four significant components which include becoming the most compelling car company of the 21st century, and leading the world’s transition towards e-vehicles. These components signify leadership in business, efforts to design and manufacture, the use of the latest technologies to promote environmental conservation, and the global goals and objectives of the company. 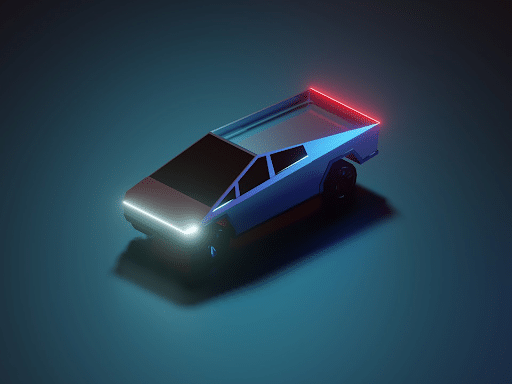 Applying this vision statement, Tesla aims to become a dominant player in the entire electric vehicle market globally. With such a dynamic vision statement, they are bound to achieve huge success in the near future.

The core tesla mission vision and values comprise respect, giving the best, consistent learning, taking risks, and environmental consciousness. It is quite similar to the uber mission statement. Applying all these core values as principles and strategies, Tesla controls the practice and behavior of its entire workforce and stakeholders. Tesla aims to enhance its performance through various technological advancements. Moreover, the organization motivates its employees to undertake calculated risks besides bringing a revolution. 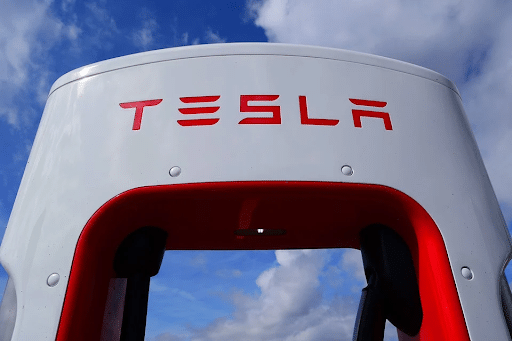 The vision strategies of the company are satisfactory in terms of presenting the company’s current  goals. They effectively describe the aim of the company. Such core values and settings create a learning space for everyone and help in delivering outputs that acknowledge Tesla’s environmental security principles.

Tesla Inc. is a company that took innovations to the next level in the vehicle industry. The Tesla vision and mission statement clearly emphasize that the company’s focus is on introducing a new era of electric cars and making them more reliable, sustainable, and efficient. The vision statement of the company offers a roadmap to the firm. SpaceX was founded with a similar spacex mission statement.

The vision of the company demonstrates that it aims to lead other manufacturers of automobiles into the future of electric models. The continued dominance of the company in the production of cars is because of the Tesla vision mission and values. Moreover, the core values play a major role in contributing to the achievement of the mission and vision of tesla.

Amazon Vision Statement 2021: A Full Analysis Of Its Vision