SpaceX generates revenue through developing cutting-edge space exploration and telecommunication technology. The company’s goal is to reduce the cost of space travel by revamping technologies and recycling rockets. In this article Lets find out more about how does SpaceX make money.

Government organizations collaborated with major aerospace companies to launch objects into space. But not any longer. Over the last two decades, startup space firms have demonstrated their ability to compete with, and in some cases outperform, bigger rivals.

There is no more remarkable illustration of this than SpaceX, a corporation located in Hawthorne, California. SpaceX lands used rocket boosters to create sights straight out of a science fiction movie. SpaceX became the first commercial firm to take people into space in 2020. Also, SpaceX is presently developing a massive new rocket system that might one day transport people to Mars. 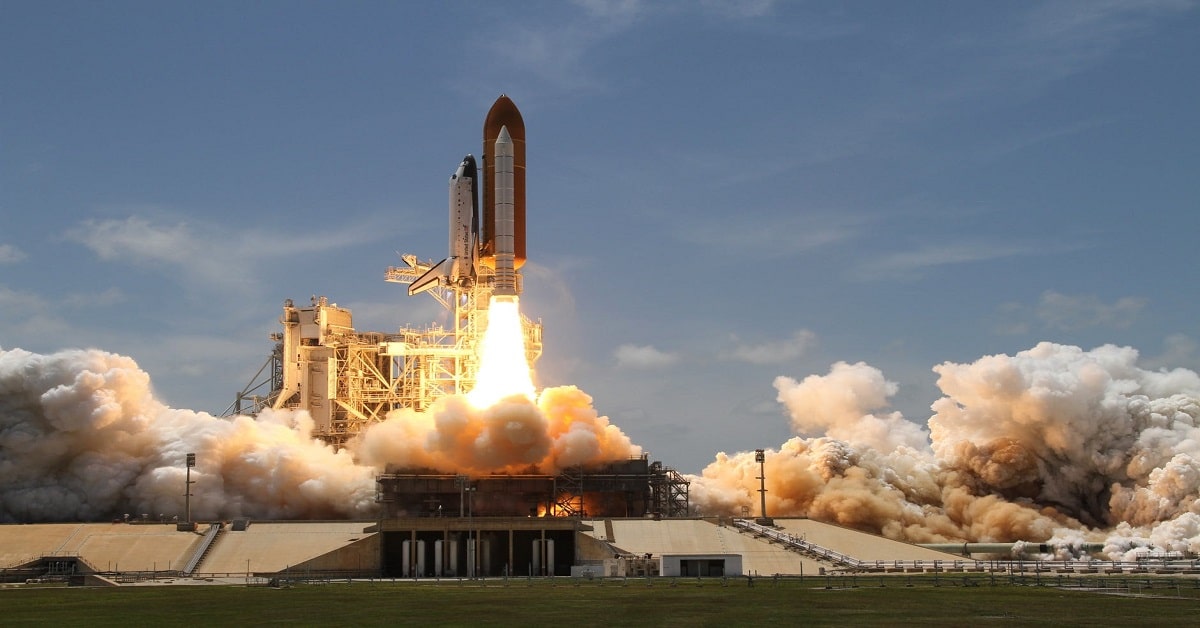 Space Exploration Technologies Corp., or SpaceX, is a forward-thinking pioneer in space transportation and aerospace services. Elon Musk, the company’s creator, founded SpaceX in 2002. He is on a quest to lower the exorbitant expenses of space exploration to go to Mars in the future.

Since then, SpaceX has developed a partnership with NASA. They work together on various initiatives, including the transportation of passengers and cargo to the International Space Station. In addition, a $2.9 billion contract for developing a lunar lander to return man to the moon was awarded. Despite this, the deal is now halted due to rival complaints.

SpaceX’s primary target audiences are the government and a few commercial enterprises across the world. Google owns around 8.33 percent of SpaceX. SpaceX raised $1 billion in financing in January 2015 in return for 8.33 percent company ownership. In 2015, Google invested $900 million in SpaceX.

How does SpaceX operate?

The primary motivator behind SpaceX’s business strategy is the company’s concentration on delivering space transportation to governmental and private entities. They are also experts in rocket design as well as the creation and launch of a satellite network.

The SpaceX crew collaborated with Tom Mueller, a famous rocket designer, to develop its first Falcon 1. Elon Musk used $100 million of his fortune to fund the initial project. The Falcon 1 flew successfully for the first time in 2008, followed by the Falcon 9. Also, Falcon Heavy, the innovative Starship, and the Dragon can transport up to seven passengers to and from Earth orbit.

The Dragon is the first private commercial ship to ferry US astronauts to the International Space Station. According to SpaceX, The Dragon is the only spacecraft capable of returning substantial cargo to Earth.

SpaceX’s inventory is costly, with the Falcon Heavy costing about $90 million to manufacture and Falcon 9 costing $62 million. However, SpaceX has previously stated that it can ultimately reduce the cost of commercial customer launches to $30 million. SpaceX has reused two main components of its rockets: first-stage boosters and the rocket’s nosecone.

The boosters, which SpaceX has regularly flown, making around 60% of the total cost of the rocket, or $37 million. SpaceX was also able to retrieve the fairings, which cost around $6 million.

Starlink is a satellite network that aims to provide high-speed internet connectivity to every inhabitant on the planet. Still the project is in its early stages, SpaceX has obtained federal contracts to provide high-speed internet to rural Americans. Morgan Stanley forecasts that the service will be sold for $50 monthly, generating $24 billion in annually SpaceX by 2040.

How do SpaceX and NASA compete with one another?

They aren’t. SpaceX is a for-profit corporation, whereas NASA is a taxpayer-funded organization. NASA is free to explore scientific discoveries that are not directly related to commercial benefits.

Views of SpaceX and NASA competing revolve around NASA’s Artemis program. In 2004, President George W. Bush proposed retiring the Space Shuttles and returning humans to the Moon’s surface. It developed the Orion crew capsule and a rocket that evolved into the Space Launch System, or SLS. Lockheed Martin and Boeing build Orion and SLS, respectively, with their private vendors and subcontractors. The vehicles are produced in NASA facilities under NASA supervision, and NASA owns the finished product. Tens of thousands of well-paying employment are created due to the initiatives in the areas where they are built.

Both the SLS and Orion are behind time and over budget. Meanwhile, SpaceX has evolved from a tiny startup to a serious rival to established aerospace firms. Even though SpaceX routinely misses deadlines, its advocates say that SLS and Orion are excessively costly. Also, they rely on antiquated technology that is outmatched by vehicles like Starship.

Supporters of SLS and Orion believe that vehicles assure the US will launch large cargo and humans into space. An example is aircraft carriers, which the United States continues to construct. Also, owned private businesses can build comparable-sized cruise ships.

NASA’s stated stance is that SLS and Orion are the best spacecraft for returning people to the Moon right now. Furthermore, the agency will be unable to reverse direction without the necessary political support. Meanwhile, SpaceX has no one but Elon Musk to answer to. And also may proceed with Starship development to meet Musk’s ambition of transporting humans to Mars.

What is NASA’s relationship with SpaceX?

When the Space Shuttle program terminated in 2011, NASA did not have a replacement ready. Despite having 7 years to prepare, the agency never secured the funds needed to complete the construction of the ISS. And build a new human-capable spacecraft and rocket system. All while continuing to fly the Shuttle, which cost $3.5 billion per year after its career.
NASA approached the aerospace industry with a novel idea. Instead of paying companies to build NASA-owned vehicles at NASA-owned facilities, what if NASA paid companies to build their vehicles? And also purchased flights on those vehicles?

The agency secured contracts with SpaceX and Orbital Sciences Corporation in 2008. They construct and launch their supply spacecraft to the International Space Station. Not even a year after the Shuttle program ended, SpaceX’s Dragon spacecraft docked with the ISS for the first time. SpaceX will be the first commercial enterprise to deploy NASA humans to Mars in 2020.

Without SpaceX, Northrop Grumman would be the only American firm capable of transporting cargo to the ISS. And NASA would continue to rely on the Russian Soyuz for human transport.

Blue Origin and Virgin Galactic are the two primary competitors vying for dominance in the commercial space travel business. However, SpaceX has the US government’s support. Whereas other firms have yet to enter into partnerships with NASA or other government-run aerospace initiatives.

SpaceX is devoted to space exploration, developing rockets and satellites for communications and exploration. Most of us are familiar with SpaceX and the viral videos of its rocket launches. Let’s take a closer look at what the firm is and how it earns money. 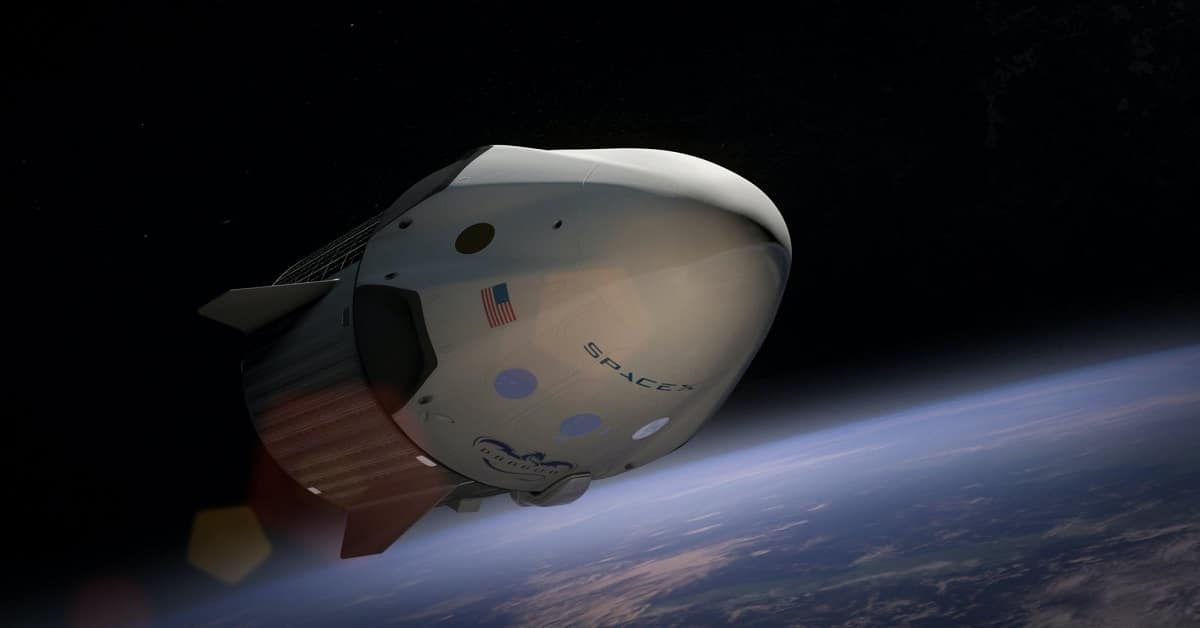 SpaceX makes money by sending rockets into orbit and managing satellite programs for its customers. SpaceX’s reusable Falcon 9 rocket successfully carried two NASA astronauts to the International Space Station in 2020. It is the first commercial crewed launch. According to Forbes, SpaceX contracted 15 commercial missions for an anticipated $80 million each launch in 2020. And all that, SpaceX expected a total income of $1.2 billion.

SpaceX intends to fly its first all-civilian space mission with four people in the fourth quarter of 2021. Although the cost of a ticket was not published, it is thought to be millions of dollars.

In addition, SpaceX has been selling beta access to its Starlink project. It costs $99 a month plus $499 for a one-time purchase of a dish and router. They aim to ultimately expand to provide internet access to aircraft and have begun discussions. Unfortunately, Musk has stated that the Starlink service will not connect to Teslas due to the terminal’s size.

The Engine of Future Growth of SpaceX

SpaceX transformed the space travel, transportation, and aerospace manufacturing industries. The company’s principal goal is to commercialize space travel, lowering the cost of colonizing Mars and the moon. First, however, the firm must produce funds to do so.

The Starlink project by SpaceX intends to create an interconnected network of 4,400 spacecraft known as a constellation. Their goal is to provide high-speed internet connectivity to people worldwide. SpaceX initially projected that Starlink would cost $10 billion or more to develop. However, the network would generate enough income to be viable. Once Starlink’s financial flow has steadied, the company intends to go public.

SpaceX is still concentrating on their Starship project, which they believe could someday allow freight. Also, allow and people to fly commercially to the moon and Mars. The company’s objective is to be the first to develop a sustainable commercial space travel model.

To sum up, how SpaceX makes money, SpaceX has earned its position among the aeronautical elite. It has transformed the economics of space transportation. Making its reusable rocket technology appear as dependable as the sunrise. The fascination with SpaceX’s efforts, which are in collaboration with NASA, has encouraged new generations to seek fascinating space jobs.