48 February Quotes & Sayings to Welcome the Month of Love

February! When I say February, I’m not just talking about love or Valentine’s day. February! It’s not just about love either, ‘cause this “crazy little thing” will always be associated with the month of February. I simply meant that there are other reasons that make February a special month.

I simply meant that there are other reasons that make February a special month.

Although February is the shortest month of the year, it is fully packed with various events and holidays worldwide that will not make the month go unnoticed. For those who are looking for some inspiration to start their month, here are welcome February quotes and sayings for calendars, February birthday quotes, love quotes, and funny quotes you can read.

Here are a few of the best February, the month of love, quotes:

#1 “In the coldest February, as in every other month in every other year, the best thing to hold on to in this world is each other.” – Linda Ellerbee

#2 “In February there is everything to hope for and nothing to regret.” – Patience Strong

#3 “February arrives cold, wet, and gray, her gifts disguised for only the most discerning spirits to see. Gentle is our path. Gratitude is the thread we weave into the fabric of our daily lives this month, giving thanks for our simply abundant lives and asking for the gift of one thing more: grateful hearts.” – Sarah Ban Breathnach

#4 “One of the major dangers of being alone in February is the tendency to dwell on past relationships. Whether you’re daydreaming about that ‘one that got away,’ or you’re recalling the fairy tale date you went on last Valentine’s Day, romanticizing the past isn’t helpful ― nor accurate.” – Amy Morin

#6 “Though, February is short, it is filled with lots of love and sweet surprises.” – Charmaine J Forde

#8 “ February is for curmudgeons, whinge-bags, and misanthropes. You can’t begrudge us one month of the year or blame us for being even crabbier, it’s so short. There is nothing good about it, which is why it’s so great.” – Lionel Shriver

#9 “January is always a good month for behavioral economics. Few things illustrate self-control as vividly as New Year’s resolutions. February is even better, though, because it lets us study why so many of those resolutions are broken.” – Sendhil Mullainathan

#10 “Late February days; and now, at last might you have thought that winter’s woe was passed. So fair the sky was, and so soft the air.” – William Morris

#11 “In February when my garden is barren of flowers, you are the only flower blooming in my heart. I cherish you and adore you with all of my heart because you are my Valentine.” – Debasish Mridha

#13 “February always seems to give more joy than other months. Maybe because it’s the month of love.” – Unknown

#14 “Cold and snowy, February does seem slow and trying, very. Still, a month made gay by Cupid never could be wholly stupid.” – Louise Bennett Weaver

#15 “I had it figured out that the reason God made February short a few days was because he knew that by the time people came to the end of it they would die if they had to stand one more blasted day.” – Katherine Paterson 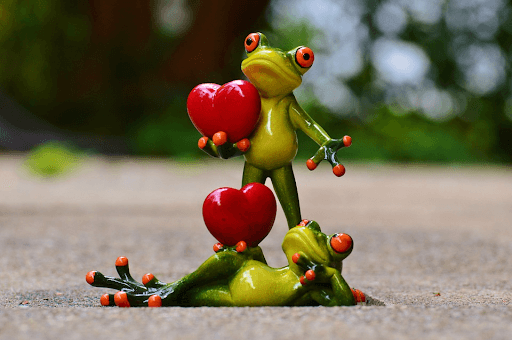 #1 “February – the month of love..?!! No wonder the shortest one in the calendar.” – Dinesh Kumar Biran

#2 “Valentine’s Day: the holiday that reminds you that if you don’t have a special someone, you’re alone.” – Lewis Black

#3 “What’s the difference between me and a calendar? A calendar has dates.” – Unknown

#4 “Worst Month of the Year: February. February has only 28 days in it, which means that if you rent an apartment, you are paying for three full days you don’t get. Try to avoid Februarys whenever possible.” – Steven Rubenstein

#5 “If you’re sad about being alone on Valentine’s Day, just remember – nobody loves you on the other days of the year either.” – Unknown

#6 “Without Valentine’s Day, February would be … well, January.” – Jeff Gaffigan

#7 “This year’s Valentine’s Day, I will enjoy long, romantic walks … to the fridge.” – Unknown

#8 “Valentine’s Day is a time to celebrate the joy of being in love. Unless you’re single and lonely then it’s called Laundry Day.” – Dane Cook

#9 “Valentine’s Day money-saving tip: break up on February 13th, get back together on the 15th.” –  David Letterman

#11 “February is just plain malicious. It knows your defenses are down.” – Katherine Paterson

#13 “February is the shortest month, so if you’re having a miserable month, try to schedule it for February.” – Lemony Snicket

#1 “I was born in February, but I came alive in October.” – Rainbow Rowell

#2 “People born in February are short because the month is not complete.” – Gaurav Saklani

#4 “February feels like being blessed to be born in a special month.” – Adhil Ahmed 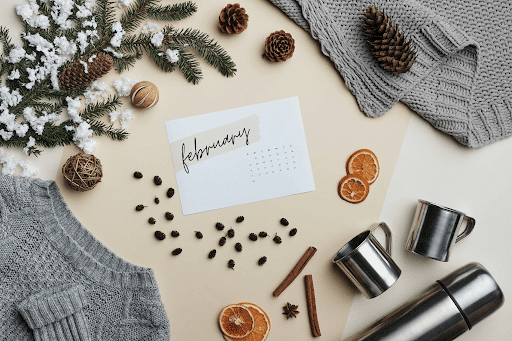 #1 “February, a form pale-vestured, wildly fair. One of the North Wind’s daughters with icicles in her hair.” – Edgar Fawcett

#2 “February is merely as long as is needed to pass the time until March.” – J.R. Stockton

#3 “February is the uncertain month, neither black nor white but all shades between by turns. Nothing is sure.” – Gladys Hasty Carroll

#4 “Even though February was the shortest month of the year, sometimes it seemed like the longest.” – J.D. Robb

#6 “You have such a February face. So full of frost, of storm, and cloudiness.” – William Shakespeare

#7 “February is always a bad month for TV sports. Football is gone, basketball is plodding along in the annual midseason doldrums, and baseball is not even mentioned.” – Hunter S. Thompson

#8 “While reflecting on past relationships and learning from them can be helpful, February isn’t the best time to try and gain insight.” –  Amy Morin

#9 “When God was making the months I think February was a mistake, like a burp. There it was, small, dark, and prickly. It had absolutely no redeeming qualities.” – Shannon Wiersbitzky

#10 “The day and time itself, late afternoon in early February, was there a moment of the year better suited for despair?” –  Alice McDermott

#11 “February is a suitable month for dying. Everything around is dead, the trees black and frozen so that the appearance of green shoots two months hence seems preposterous, the ground hard and cold, the snow dirty, the winter hateful, hanging on too long.” – Anna Quindlen

#12 “No one’s ever achieved financial fitness with a January resolution that’s abandoned by February.” – Suze Orman

#13 “The only bubble in the flat champagne of February is Valentine’s Day. It was no accident that our ancestors pinned Valentine’s Day on February’s shirt: he or she lucky enough to have a lover in frigid, antsy February has cause for celebration, indeed.” – Tom Robbins

#14 “February makes a bridge and March breaks it.” – Witts Recreations

#15 “While it is February one can taste the full joys of anticipation. Spring stands at the gate with her finger on the latch.” – Patience Strong

February is not only the month for people who are in love but also for single ones. Even if you are not in a romantic relationship with someone, you can still get inspiration from other things. Reading positive quotes is among the most effective methods. So hopefully, you enjoyed reading the quotes we have specially compiled for you. Spread the love in this month of love!