46 500 Days of Summer Quotes [The Bitter Truth About Love]

Can’t move on from your past love and need some words of wisdom? Here are unforgettable 500 days of summer quotes we’ve specially compiled for you.

It has already been more than a decade since the 500 Days of Summer movie was released. However, there is a reason why it is still among the most memorable romantic movies out there. Unlike other romantic movies, this film captures true-to-life scenarios about young innocent love and relationships.

It is a story about two people, Tom and Summer, with opposite views about love. While Tom believes in soulmates and perfect relationships, Summer doesn’t believe in true love. The whole movie revolves around Tom’s perspective and consists mostly of flashbacks of his times with Summer. Although their love story didn’t have a happy ending, there are many valuable lessons that one can learn from it.

Here, we’ve compiled notable quotes from 500 Days of Summer that’ll change your views about what relationships really are in the real world.

Most would say that it is somewhat an anti-love story. Although it is a story about love, it is not a love story. This was made clear in the movie’s opening narration. The story is more about the feeling of falling in love. Also, it goes against the usual image of love that everyone used to see in movies.

In fact, the story was based on a true heartache that the movie’s screenwriter, Scott Neustadter, had gone through. It was Neustadter’s failed relationship that inspired the creation of among the most talked-about romantic comedies up to this day – 500 Days of Summer.

Here is the video of opening scene:

What Is the Message of 500 Days of Summer?

Maybe the most important lesson from the movie is to never let your happiness depend on somebody. Because when you do, you end up expecting too much from that person. This expectation also puts too much pressure on the other person which can lead to a toxic relationship.

Also, do you remember the 500 Days of Summer I Love the Smiths scene? Tom finds it rare to meet someone who has the same interests as him. However, having the same interests doesn’t ensure a healthy long-term relationship. Similarity doesn’t equate to love. You can’t force someone to love you just because you think they’re your soulmate when it’s clear that they don’t see you as theirs.

Here is the video of I Love Smiths Scene:

Let’s admit it – most people hate Summer for breaking Tom’s heart. But how do you know that Summer is really the one at fault when the whole movie was told based on Tom’s point of view? Joseph Gordon-Levitt, who played the role of Tom, even agreed that Tom is the actual villain in the movie.

Joseph described Tom as selfish and too obsessed with Summer. Tom expected too much from Summer. He expected her to make him happy and to want only him, nothing else and this led to an unhealthy relationship. So who, do you think, was really at fault?

Here is the video of  “I think we should stop seeing each other”: 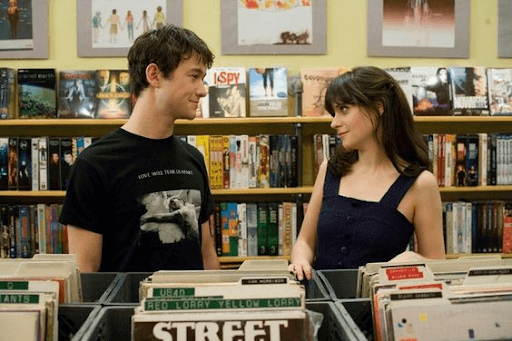 Tom: “I need to know that you’re not gonna wake up in the morning and feel differently.’

Summer: “And I can’t give you that. Nobody can.”

Summer: “That’s what I love about him.” 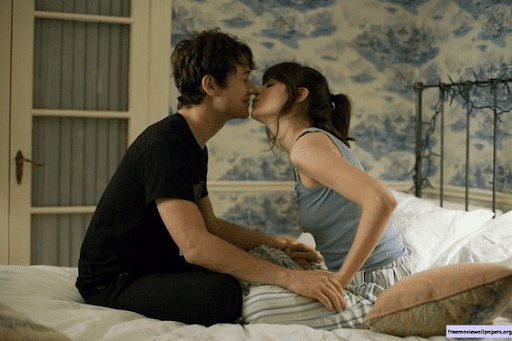 Summer: “Well, you don’t believe that, do you?”

Summer: “What I was never sure of with you.”

#9 “I like being on my own. Relationships are messy and people’s feelings get hurt. Who needs it? We’re young. We live in one of the most beautiful cities in the world. Might as well have fun while we can and save the serious stuff for later.”  – Summer 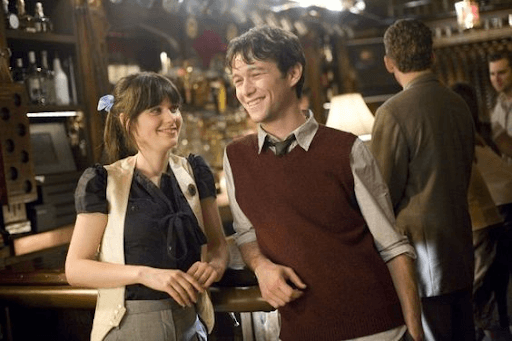 #1 “Do you ever do this, you think back on all the times you’ve had with someone and you just replay it in your head over and over again and you look for those first signs of trouble?” – Tom

Tom: “Summer, Sid stabbed Nancy, seven times with a kitchen knife, I mean we have some disagreements but I hardly think I’m Sid Vicious.”

#3 “Look, I know you think she was the one, but I don’t. Now, I think you’re just remembering the good stuff. Next time you look back, I, uh, I really think you should look again.” – Rachel Hansen

#5 “Okay. Settle. She’s just a girl. Just a girl. She wants to keep it casual, which is why she’s in my bed right now. But that’s casual. That’s what casual people do. That’s fine. That’s great.” – Tom 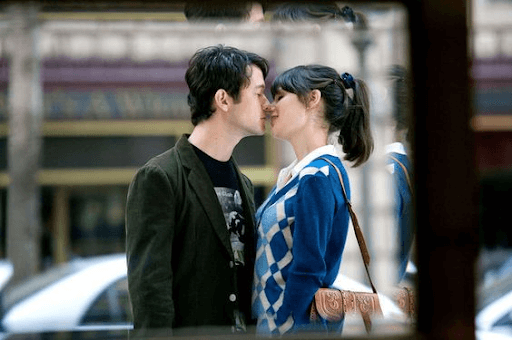 #6 “I’m messed up. I am. You know, on the one hand, I want to forget her. On the other hand, I know that she’s the only person in the entire universe that will make me happy.” – Tom

McKenzie: “Was it ever on?”

Tom: “No, but it could’ve been, in a world where good things happen to me.”

Paul: “Yeah, well, that’s not really where we live.”

#8 “People change,feelings change, but that doesn’t mean that the love once shared wasn’t true and real. It simply means that sometimes when people grow, they grow apart.” – Narrator

Tom: “Not literally. That’s disgusting. Jesus, what’s the matter with you?”

#10 Tom: “Why is it pretty girls think they can treat people like crap and get away with it?” 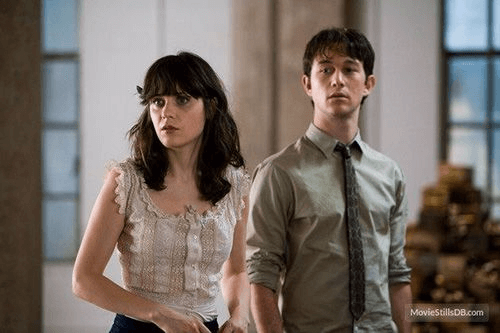 #11 “Arthur Miller said, if you want to understand a woman, you have to turn her into a piece of literature.” – McKenzie

#12 “I’m saying you do want to ask her. It’s obvious. You’re just afraid you’ll get an answer you don’t want, which will shatter the illusion of how great these past few months have been.” – Rachel Hansen

#14 “Either she’s an evil, emotionless, miserable human being, or she’s a robot.” – Tom

#15 “I hate Summer. I hate her crooked teeth. I hate her knobby knees. I hate the way she smacks her lips before she talks. I hate the cockroach-shaped birthmark on her neck. I hate how she makes me feel.” – Tom

#16 “Some people are meant to fall in love with each other, but not meant to be together.” – Narrator

#17 “You know what sucks? Realizing that everything you believe in is complete and utter bullshit!” – Tom

#18 “Someday, someone will walk into your life and make you realise why it never worked out with anyone else.” – Narrator 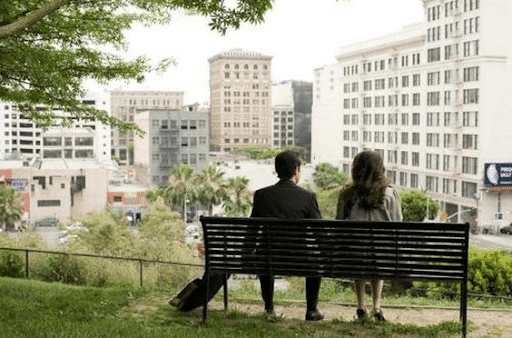 #1 “If Tom had learned anything, it was that you can’t ascribe great cosmic significance to a simple earthly event. Coincidence, that’s all anything ever is, nothing more than coincidence. Tom had finally learned there are no miracles. There’s no such thing as fate. Nothing is meant to be. He knew; he was sure of it now.” – Narrator

#2 “A guy and a girl can be just friends, but at one point or another, they will fall for each other. Maybe temporarily, maybe at the wrong time, maybe too late, or maybe forever.” – Narrator

17 Other Unforgettable 500 Days of Summer Quotes 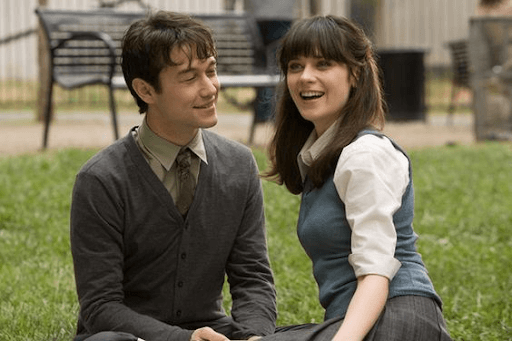 #2 “Misery. Sadness. Loss of Faith. No reason to Live. This is perfect for you.” – Vance

#3 “Just because she likes the same bizzaro crap you do doesn’t mean she’s your soul mate.” – Rachel Hansen

#7 “It’s these cards and the movies and the pop songs, they’re to blame for all lies and the heartache, everything.” – Tom 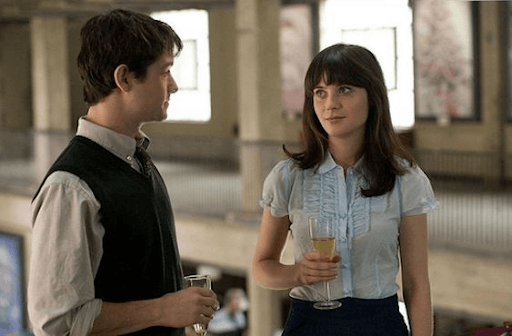 #8 “You know, my friends are all in love with you. You know, it’s like we said. Plenty of other fish in the sea. [Looks at a group of twelve-year-old girls who wave at him and giggle] Thanks. But, uh, those are guppies.” – Tom

#9 “I’ve been happily married for 30 years. She’s the light that guides me home. Yes, it is from one of our cards. No, someone else wrote it. Doesn’t make it less true.”  – Vance

#10 “People should be able to say how they feel – how they really feel – not, you know, some words that some strangers put in their mouths.” – Tom

#12 “Tom walked to her apartment, intoxicated by the promise of the evening. He believed that this time his expectations would align with reality.” – Narrator

#13 “Most days of the year are unremarkable. They begin and they end with no lasting memory made in between. Most days have no impact on the course of a life.” – Narrator 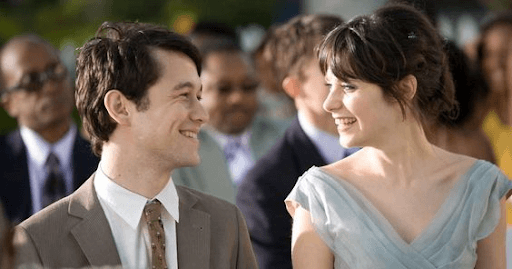 #14 “This is lies. We are liars. Think about it. Why do people buy cards? It’s not because they want to say how they feel. People buy cards because they can’t say they feel or are afraid to. And we provide the service that lets them off the hook. You know what? I say to hell with it. Let’s level with America. Or at least let them speak for themselves. Right?” – Tom

#16 “You know. Destiny, and soul mates, and true love, and all that childhood fairytale nonsense. You were right. I should have listened to you.” – Tom

#17 “You don’t want to be named as anybody’s girlfriend, and now you’re someone’s wife?” – Tom

You see, real-life love stories are not like fairy tales. Not all have happy endings. No matter how much you want someone to love you back and make a relationship work, it never will if you’re not on the same page.

Learn to accept that there are people who can never be yours regardless of how much you believe that they’re the “one”. Find someone who can reciprocate your love. Never force a relationship because it will never work out.

Learn from your mistakes in your past relationships instead so that when the right person comes, you can offer them a better version of yourself. Hopefully, you’ve learned a lot from Tom’s bitter love story through our list of 500 Days of Summer quotes here.