37 Best Badass Quotes (Let Out the Fighter in You)

Need some quotes to let out the badass in you? Let these badass quotes help you to become your best self.

What is a badass? A badass is not someone who wears black leather jackets. It’s not someone who picks fights, just for the fun of it. Nor is it someone who walks away from an explosion with a passive look on their face (but damn does it look cool). But rather, it’s someone who exudes confidence, and who you notice, and randomly think “man, this person is cool”. It’s someone who does not force themselves to be badass, they just are.

Some badass people are people who do not give up, even during hard times- like this 105 year old who beat both Covid, and the Spanish Flu. Or this parliament member who took off his clothes to prove a valuable point. Or even just as simple as this skater dude teaching a kid how to skate. They are all badass (and wholesome!) in our book.

So in this article, we’ve listed some of the best badass quotes so you can be a badass (in your own cool way).

11 Quotes About Being A Badass 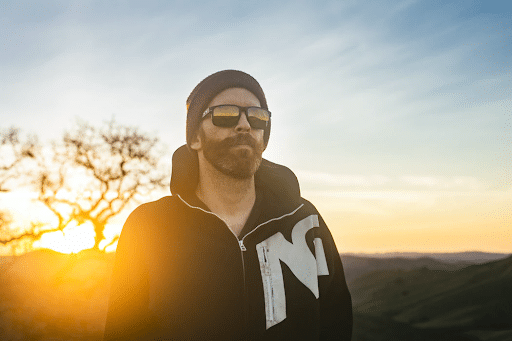 We’ll start with this badass quote by the OG badass- Yoda:

#1  “Train yourself to let go of everything you fear to lose.” – Yoda

#2  “My preference is to live large and take charge.” — Anonymous

#3  “People are always going to judge you and talk about you, but NEVER let what they say about you stop you from living your life to the fullest.” — Sonya Parker

#4  “Be the hardest to conquer. Be the brightest star that shines, it’s your tenacity that grants you Wisdom.” — Malika E Nura

#5  “In real senses, only those who believe in themselves, their abilities and believe in living life to the fullest, are the only ones alive.” — Senora Roy

#6  “Leave your fear to achieve everything you want.” — Anonymous

#7  “The most beautiful persons in life are those who are confidently beautiful with a heart.”- Jhunna Rebusora

#11  “Once you realized your worth nothing can stop you.” — Anonymous

We love us some strong, badass women! That’s why here we’ve compiled the best badass woman quotes. Who run the world? Girls!

#1  “A girl can be just as sexy without showing some skin. Sexy is having brains, knowing how to carry herself and still being a badass.” — Anonymous

#3  “A woman is like a tea bag — you can’t tell how strong she is until you put her in hot water.” — Eleanor Roosevelt

#4  “I think the girl who is able to earn her own living and pay her own way should be happy as anybody on earth. The sense of independence and security is very sweet.” — Priyanka Dubbaka

#5  “A confident woman is not afraid to make mistakes, and if she does, she recovers and presses on! I’d rather be honest than impressive!” — Adaeze Agbai

#7  “The strongest actions for a woman is to love herself, be herself and shine amongst those who never believed she could.” — Anonymous 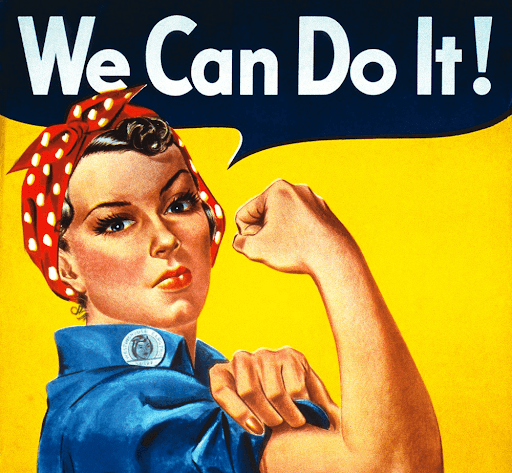 Source: J. Howard Miller’s “We Can Do It!” poster, from here

#8  “She believed in dreams all right, but she also believed in doing something about them… When her prince-charming didn’t come along, she went over to the palace and got him.” — Walt Disney

#13  “I use the negativity to fuel the transformation into a better me.” —Beyonce

#3  “Be amazing. Be pretty. Be cool. Be smart. Be happy. Be strong. And most important be yourself.”

#7  “Being cool is being your own self, not doing something that someone else is telling you to do.”

#8  “My key to dealing with stress is simple: just stay cool and stay focused.”

#9  “It had long since come to my attention that people of accomplishment rarely sat back and let things happen to them. They went out and happened to things.” ― Leonardo Da Vinci

#11  “It is our choices that show what we truly are, far more than our abilities.” ― J. K Rowling

It’s not only who you are that makes you badass, but it’s also what you do, and how you behave. And remember- the first rule of being a badass: Do not talk about being a badass. The second rule: a badass does not try to be a badass or look tough. A badass simply is a badass.

We hope you liked our article. If you want to read similar articles, try out the articles below:

25 Ego Quotes to Foster Your Self Confidence 2021