Who wouldn’t know Albus Dumbledore? Let us revisit the legacy of the wisest and most powerful wizard in Hogwarts through these memorable Dumbledore quotes!

Albus Dumbledore, the longest Headmaster of Hogwarts, was among the favorite characters in the award-winning Harry Potter movie series. He defeated the ambitious Gellert Grindelwald – a powerful dark wizard who tried taking over the world of wizardry. He also founded the Order of the Phoenix which is an organization meant to defeat Lord Voldemort.

Aside from Dumbledore’s legendary power that Voldemort feared, he was also keen-minded and knows almost everything. J.K. Rowling described him as the epitome of goodness and a wizard burdened by the things he knew which he wished he hadn’t known. But despite this, Dumbledore never failed to share his words of wisdom with Harry Potter. This allowed Harry to fulfill his destiny of defeating Lord Voldemort.

Without further ado, let’s dive into these unforgettable Albus Dumbledore quotes that are meant for the true wizard – YOU.

Harry Potter and the Philosopher’s Stone

#2 “As much money and life as you could want! The two things most human beings would choose above all. The trouble is, humans do have a knack of choosing precisely those things that are worst for them.”

#3 “To the well-organized mind, death is but the next great adventure.”

#4 “One can never have enough socks.”

#6 “It does not do well to dwell on dreams and forget to live.”

#7 “I believe your friends Misters Fred and George Weasley were responsible for trying to send you a toilet seat. No doubt they thought it would amuse you.”

#8 “What happened down in the dungeons between you and Professor Quirrell is a complete secret, so, naturally the whole school knows.”

#9 “It’s lucky it’s dark. I haven’t blushed so much since Madam Pomfrey told me she liked my new earmuffs.”

#10 “The truth… It is a beautiful and terrible thing, and should therefore be treated with great caution.”

Harry Potter and the Chamber of Secrets 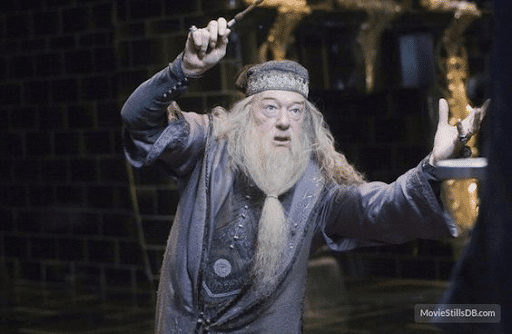 #1 “It is our choices, Harry, that show what we truly are, far more than our abilities.”

#2 “The best of us sometimes eat our words.”

#3 “Only a true Gryffindor could have pulled that out of the hat, Harry.”

#4 “Fear of a name increases fear of the thing itself.”

#5 “You will also find that help will always be given at Hogwarts to those who ask for it.”

#6 “It is our choices, Harry, that show what we truly are, far more than our abilities.”

#7 “Fawkes is a phoenix, Harry. Phoenixes burst into flame when it is time for them to die and are reborn from the ashes.”

#8 “You will find that I will only truly have left this school when none here are loyal to me.”

Harry Potter and the Prisoner of Azkaban 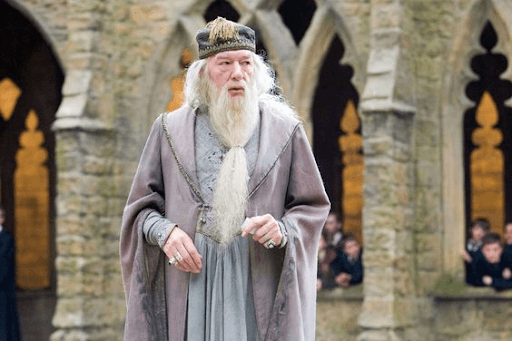 #1 “Happiness can be found, even in the darkest of times, if one only remembers to turn on the light.”

#2 “The consequences of our actions are always so complicated, so diverse, that predicting the future is a very difficult business indeed.”

#3 “Mysterious thing, time. Powerful, and when meddled with, dangerous.”

#5 “You think the dead we loved truly ever leave us? You think that we don’t recall them more clearly in times of great trouble?”

#6 “A child’s voice, however honest and true, is meaningless to those who’ve forgotten how to listen.”

#7 “For in dreams we enter a world that is entirely our own. Let them swim in the deepest ocean or glide over the highest cloud.”

Harry Potter and the Goblet of Fire 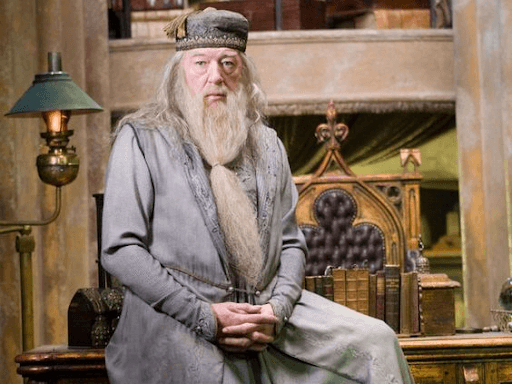 #1 “Dark and difficult times lie ahead. Soon we must all face the choice between what is right and what is easy.”

#2 “Differences of habit and language are nothing at all if our aims are identical and our hearts are open.”

#3 “I sometimes find, and I am sure you know the feeling, that I simply have too many thoughts and memories crammed into my mind.”

#4 “Understanding is the first step to acceptance, and only with acceptance can there be recovery.”

#5 “While we may come from different places and speak in different tongues, our hearts beat as one.”

#6 “We are only as strong as we are united, as weak as we are divided.”

#7 “Curiosity is not a sin, but we should exercise caution with our curiosity. Yes, indeed.”

#8 “You place too much importance, and you always have done, on the so-called purity of blood! You fail to recognize that it matters not what someone is born, but what they grow to be!”

#9 “It is my belief that the truth is generally preferable to lies.”

#10 “Numbing the pain for a while will make it worse when you finally feel it.”

Harry Potter and the Order of the Phoenix 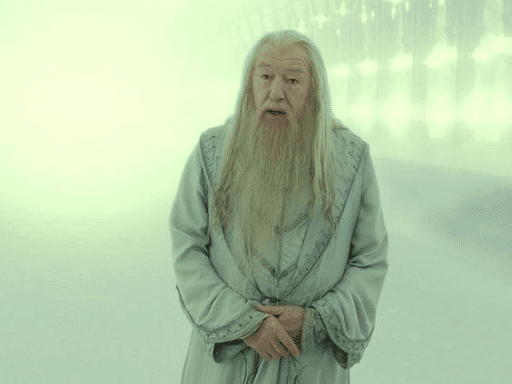 #1 “Youth cannot know how age thinks and feels, but old men are guilty if they forget what it was to be young.”

#2 “Harry, suffering like this proves you are still a man! This pain is part of being human. The fact that you can feel pain like this is your greatest strength.”

#4 “By all means continue destroying my possessions, I daresay I have too many.”

#5 “You may, perhaps, wondered why I never chose you as a prefect? I must confess that I rather thought you had enough responsibility to be going on.”

#6 “Five years ago, then, you arrived at Hogwarts, neither as happy nor as well-nourished as I would have liked, perhaps, yet alive and healthy. You were not a pampered little prince, but as normal a boy as I could have hoped under the circumstances.”

#7 “Indifference and neglect often do much more damage than outright dislike.”

#8 Voldemort: “You do not seek to kill me, Dumbledore? Above such brutality, are you?”

Dumbledore: “We both know that there are other ways of destroying a man, Tom.”

#9 “We can’t choose our fate, but we can choose others. Be careful in knowing that.”

#10 “Your failure to understand that there are things much worse than death has always been your greatest weakness.”

#11 “You do care. You care so much you feel as though you will bleed to death with the pain of it.”

Harry Potter and the Half-Blood Prince 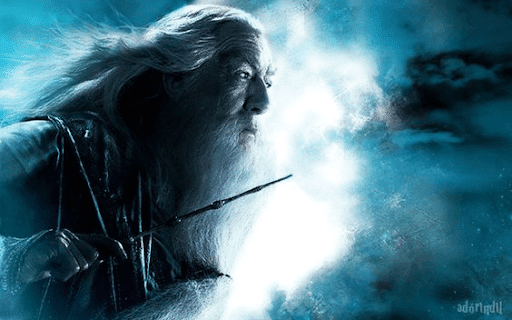 #1 “It is important to fight and fight again, and keep fighting, for only then can evil be kept at bay though never quite eradicated.”

#2 “At Hogwarts, you’ll be taught not only how to use magic, but how to control it.”

#3 “You have never treated Harry as a son. He has known nothing but neglect and often cruelty at your hands. The best that can be said is that he has at least escaped the appalling damage you have inflicted upon the unfortunate boy sitting between you.”

#4 “Age is foolish and forgetful when it underestimates youth.”

#5 “I make mistakes like the next man. In fact, being – forgive me – rather cleverer than most men, my mistakes tend to be correspondingly huger.”

#8 “And now, Harry, let us step out into the night and pursue that flighty temptress, adventure.”

.#9 “Yet, sadly, accidental rudeness occurs alarmingly often. Best to say nothing at all, my dear man.”

#10 “Have you any idea how much tyrants fear the people they oppress? All of them realize that one day, amongst their many victims, there is sure to be one who rises against them and strikes back!”

#11 “Yes, Harry, blessed as I am with extraordinary brainpower. I understood everything you told me. I think you might even consider the possibility that I understood more than you did.”

#12 “You are protected, in short, by your ability to love! The only protection that can possibly work against the lure of power like Voldemort’s!”

#13 “It is a long time since my last visit,” said Dumbledore, peering down his crooked nose at Uncle Vernon. “I must say, your agapanthus are flourishing.”

#14 “For future reference, Harry, it is raspberry. Although of course, if I were a Death Eater, I would have been sure to research my own jam preferences before impersonating myself.”

#15 “People find it far easier to forgive others for being wrong than being right.”

#16 “We must try not to sink beneath our anguish, Harry, but battle on.”

#17 “Every day, every hour, this very minute, perhaps, dark forces attempt to penetrate this castle’s walls. But in the end, their greatest weapon is you.”

#18 Voldemort: “But nothing I have seen in the world has supported your famous pronouncements that love is more powerful than my kind of magic, Dumbledore.”

Dumbledore: “Perhaps you have been looking in the wrong places.”

#19 “Killing is not so easy as the innocent believe.”

#20 “There are much more terrible things than physical injury.”

#21 “It is the unknown we fear when we look upon death and darkness, nothing more.”

#22 “Don’t count your owls before they are delivered.”

#23 “I am not worried, Harry,” said Dumbledore, his voice a little stronger despite the freezing water. “I am with you.”

#24 “Very astute, Harry, but the mouth organ was only ever a mouth organ.”

#25 “Yes, Harry, you can love. Which, given everything that has happened to you, is a great and remarkable thing.”

Harry Potter and the Deathly Hallows 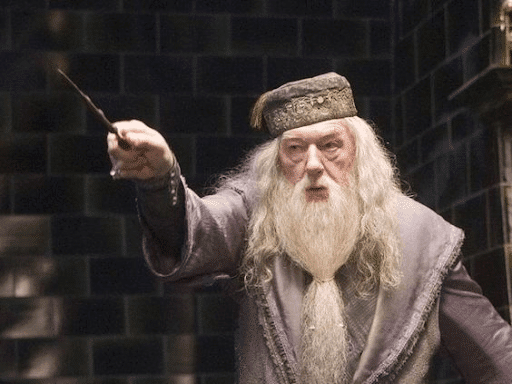 #2 “Perhaps those who are best suited to power are those who have never sought it. Those who, like you, have leadership thrust upon them, and take up the mantle because they must, and find to their own surprise that they wear it well.”

#3 “Of course it is happening inside your head, Harry, but why on earth should that mean that it is not real?”

#4 “Power was my weakness and my temptation.”

#5 “Words are, in my not so humble opinion, our most inexhaustible source of magic, capable of both inflicting injury and remedying it.”

#6 “Do not pity the dead, Harry. Pity the living, and, above all, those who live without love. By returning, you may ensure that fewer souls are maimed, fewer families are torn apart. If that seems to you a worthy goal, then we say good-bye for the present.”

#7 “Where your treasure is, there your heart will be also.”

The most valuable lessons are learned from those who have experienced a lot like Dumbledore. Though his experiences are from a make-believe world, his words of wisdom also speak of the real world we are living in.

Dark times force us to bring out our greatest strengths. Sometimes, we are allowed to experience bad things in order for us to develop the courage we need to keep moving on. In fact, we are all Harry Potters who need to face our fears for us to fulfill our best destiny.

We hope that you had a great time reminiscing the memories of Dumbledore through our compilation of the best Harry Potter Dumbledore quotes here.

33 Cute Crush Quotes Sure to Capture Your Crush’s Heart