73 Iconic Spongebob Quotes to Brighten Up Your Day [2021]

Forget those problems & put on a smile with these inspirational & funny Spongebob quotes. Here’re the best Spongebob & Patrick Star quotes to fully brighten your day!

SpongeBob SquarePants has already been around for more than 20 years. However, the humor of the characters in the series still doesn’t fail to make their viewers laugh for hours even after each 20-minute show has ended. Whether you’re a grown-up or a kid, the show will surely be great entertainment if you need a break from your stressful life.

Let us help you forget your problems temporarily and bring a smile to your faces with these inspirational and funny SpongeBob quotes from the award-winning American animated series – SpongeBob SquarePants. But first, let’s have a short discussion about its history.

A Little Background About SpongeBob SquarePants

This American animated TV series was created by Stephen Hillrnburg – an animator and marine biologist. It officially premiered in 1999 and has received enormous popularity and various awards worldwide since then. Some of its awards include the following:

Moreover, it’s the highest-rated TV series on Nickelodeon and was originally going to be called SpongeBoy Ahoy!

SpongeBob SquarePants focuses on the nonsensical endeavors of SpongeBob, a sea sponge with a happy-go-lucky attitude, and his friends in a fictional city located underwater called Bikini Bottom. The series currently has 13 seasons with the latest season having 13 episodes.

Now, let us proceed with the best Sponge Bob and Patrick quotes. In the succeeding sections, we’ve also covered some Patrick Star Quotes and other characters to fully brighten your day! 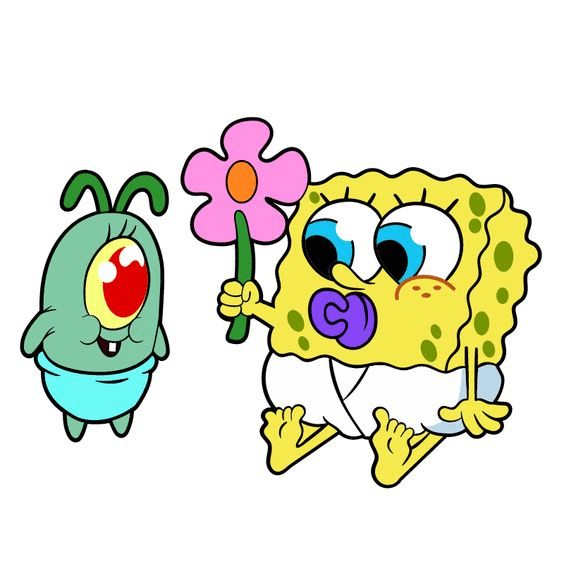 #1 “Hello? Where’d everybody go? Did I miss something? Did you see my butt?” – Patrick Star

#2 “Always follow your heart unless it is bad with directions.” – SpongeBob

#3 “Once there was an ugly barnacle. He was so ugly that everyone died – the end.” – Patrick Star

#4 Spongebob: “Quick, Patrick, without thinking: if you could have anything right now, what would it be?

#6 “I knew I should not have gotten out of bed today.” – Squidward

#8 “Can I have everybody’s attention?… I have to use the bathroom.” – Patrick Star

#9 “Karen, baby, I haven’t felt this giddy since the day you agreed to be my wife!” – Plankton

SpongeBob: “No, they are laughing next to us.” 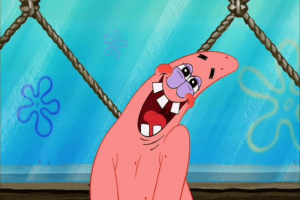 #11 “Licking doorknobs is illegal on other planets.” – SpongeBob

#12 “Can you give SpongeBob his brain back, I had to borrow it for the week.” – Patrick Star

#14 “It’s just a cruel reminder that I’m single and likely to remain that way forever.” – Squidward

#19 “Did you smell it? That smell. A kind of smelly smell. The smelly smell that smells…smelly.” – Mr. Krabs

#20 “Dumb people are always blissfully unaware of how dumb they really are.” – Patrick Star 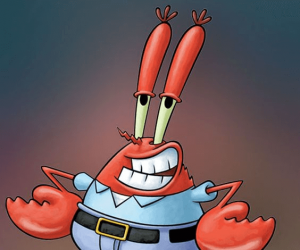 #22 “The inner machinations of my mind are an enigma.” – Patrick Star

#25 SpongeBob: “Hey Patrick, I just thought of something funnier than 24.”

#26 “Squidward, your ceiling is talking to me.” – Patrick Star

#27 “I’m so loyal, I don’t mind sleeping out in the cold, hard ground while Captain Krabs sleeps in his warm, dry tent.” – SpongeBob

#28 “Gary, I’m absorbing his blows like I’m made of some sort of spongy material.” – SpongeBob

#29 Squidward: “Do you have to stand so close? You’re making me claustrophobic!”

Patrick: “What does claustrophobic mean?”

Spongebob: “I think it means he’s afraid of Santa Claus.”

#30 “We shall never deny a guest even the most ridiculous request.” – Mr. Krabs

#31 “Oh, these aren’t homemade. They were made in a factory… a bomb factory. They’re bombs.” – Pirate

Patrick: Come on! You know… I wumbo, You wumbo, He, she, me… wumbo! Wumbo, wumboing, we’ll have the wumbo, Wumborama… Wumbology, the study of wumbo? It’s first grade, SpongeBob!

#33 “I guess hibernation is the opposite of beauty sleep!” – Patrick Star

#34 “Too bad SpongeBob’s not here to enjoy Spongebob not being here.” – Squidward 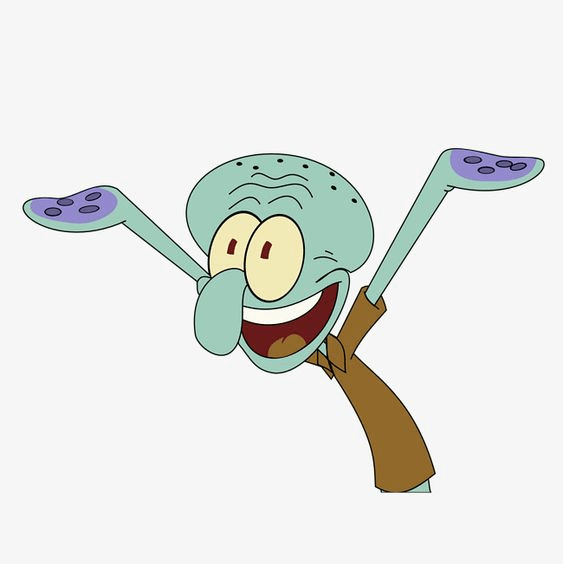 Squidward: “Being dead or anything else.”

#2 “You’ll never get what you want if you always let people step on you.” –Plankton

#3 “Sometimes we have to go deep inside ourselves to solve our problems.” – Patrick Star Star

#4 “If you believe in yourself, with a tiny pinch of magic, all your dreams can come true!” – SpongeBob

#6 “Always follow your heart unless your heart is bad with directions.” – SpongeBob

#7 “This is not your average, everyday darkness. This is… ADVANCED darkness. Hey, if I close my eyes it doesn’t seem so dark.” – SpongeBob

#9 “After going on your life-changing journey, you now realize that you don’t want what you thought you wanted. What you really wanted was inside you all along.” –Squidward

#10 “Home is where you’re surrounded by other critters that care about you.” –Sandy Cheeks 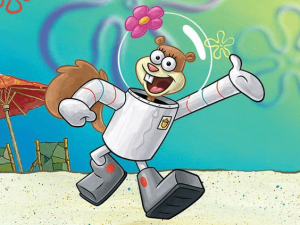 #11 “You’re a man now, SpongeBob, and it’s time you started acting like one.” – Patrick Star Star

#12 “With imagination, you can be anything you want.” – SpongeBob

#13 “You will never know the true value of a moment until it becomes a memory.” – SpongeBob

#14 “Let go of what kills you and hold on to what keeps you breathing.” – SpongeBob

#16 “It matters not whether one is dirty or clean, for can cleanliness exist without filthiness, and would we know filthiness without cleanliness? We must not re-enact the history that divides us, rather we must embrace that which draws us together. All must be free to choose their own path.” – SpongeBob

#17 “If you believe in yourself and with a tiny pinch of magic, all your dreams can come true.” – SpongeBob​ 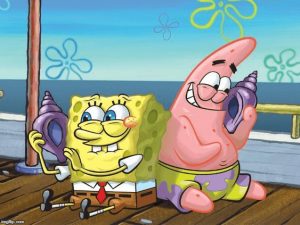 #1 “You know, if I were to die right now in some sort of fiery explosion due to the carelessness of a friend, well, that would just be okay.” – SpongeBob

#2 SpongeBob: “Go. Run away like all the others. No one would want a friend as ugly as I am!”

Patrick: “Sure, they would. It makes them feel better about the way they look.”

Patrick: “Waiting for you to come back.”

#4 SpongeBob: “What if I break your trust someday?”

Patrick: “Trusting you is my decision, proving me wrong is your choice.”

#6 “You’re my best friend because I wouldn’t dare to be this weird with anyone else.” – SpongeBob

#7 “No one can change a person. However, someone can be a reason for that person to change.” – SpongeBob

#8 “When it hurts to look back, and you’re scared to look ahead, you can look beside you, and your best friend will be there.” – SpongeBob

#9 “F is for friends who do stuff together!” – SpongeBob

#10 “Well it is no secret that the best thing about secrets is secretly telling someone your secret, thereby adding another secret to your secret collection of secrets, secretly.” – SpongeBob 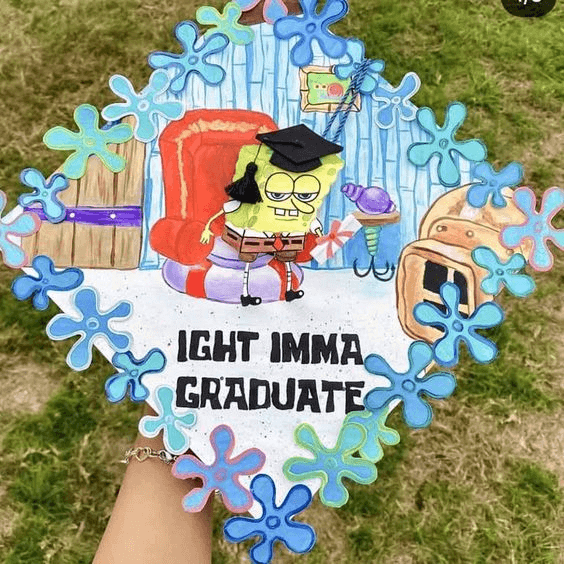 #4 “Goodbye everyone. I’ll remember you all in therapy.” –Plankton

#5 “What I learned in boating school is blankity, blankity. Blank!” –Mrs. Puff

#8 “Ravioli, ravioli, give me the diplomioli.”

No, this is Patrick.”

#10 “Family:  What are you doing after graduation?

Having a little bit of time for yourself during a busy and difficult situation helps prevent stress. Also, a few moments of laughter allows you to escape from the chaos inside. No matter what situation you are in, be like SpongeBob who always chooses to look at the positive side in every situation. Don’t forget to have fun, enjoy every moment of your life, and know that only you can create your own happiness.

Here are some related quotes from shows like Spongebob’s:

40 Inspiring Suicide Quotes for the Hopeles

36 Soulmate Quotes Both for the Searching and the Found