40 Inspiring Suicide Quotes for the Hopeles

Have you gone through depression, trauma, illness, abuse, loss? Suicide isn’t the way to get out. Here’re the best depression & suicide quotes to help you cope.

Hey there! Have you recently gone through trauma, chronic illness, abuse, loss, and the likes? Feel like the last hope you’re holding onto is slowly fading away? Are you becoming tired of questioning life why you of all people?

Cheer up! Suicide is not always the solution to your chaotic emotions.

Whether you are being suicidal and need some inspiring words or know someone who is, our list of powerful quotes about suicide might be able to help you get through the day. These suicide awareness quotes also aim to prevent the number of suicide cases, especially among teens. 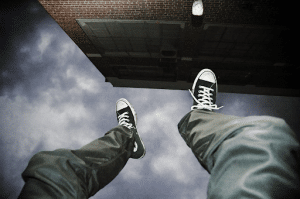 Before we proceed to the quotes on suicidal people, let us take a quick look at the facts about suicide.

The global data shown below were obtained from Our World in Data:

What Are the Common Causes of Suicidal Thoughts?

A person often becomes suicidal when they feel overwhelmed with their situation and can no longer cope with it. Below are the common reasons for suicidal thoughts:

Moreover, people who turn to suicide to end their agony actually don’t want to die. Most of the time, they just can’t find a way to effectively deal with their pain. 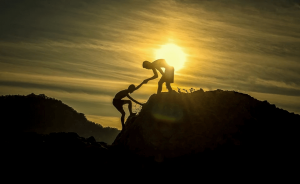 Here are some quotes for those who think suicidal behavior is a joke:

#1 “No one commits suicide because they want to die.”

“Because they want to stop the pain.”

#2 “It isn’t that you didn’t reach for them. It’s just that it was too hard to see your hand in the blackness.” – Jennifer Betts

#3 “Suicide is a serious thing. And if you know anyone who is suicidal, you need to get them help. No one should be in pain. Everyone should love themselves.” – Gerard Way

#4 “Suicide is stupid? Do you want to know what is stupid? Hurting someone so much emotionally that they think suicide is the only answer!” – Shubham Gupta

#5 “Anything can push a person to end their life. When somebody you love is in pain, help them before it’s too late.” – Unknown

#6 “Suicide is a layered, complex issue. It’s not simple, and we all need to work together.” – Jonathan Frecceri

#7 “Suicide is never an easy decision. Rather it is the only decision that makes sense to the person at the time.” – Lisa Layden

#8 “Suicide is preventable, we have to remember that. That’s why we have to take more action to let people know their lives are important because when suicidal thoughts are at their strongest, it’s hard for people to see their own worth.” – James Withey

#9 “While some climb mountains, others are carrying them. That is a challenging burden to bear.” – Jennifer Betts

#10 “Suicide is a whispered word, inappropriate for polite company. Family and friends often pretend they do not hear the words dread sound even when it is uttered. For suicide is a taboo subject that stigmatizes not only the victim but the survivors as well.” – Earl A Grollman

#11 “At the root of this dilemma is the way we view mental health in this country. Whether an illness affects your heart, your leg or your brain, it’s still an illness, and there should be no distraction.” – Michelle Obama

#12 “Too often we underestimate the power of a touch, a smile, a kind word, a listening ear, an honest compliment, or the smallest act of caring, all of which have the potential to turn a life around.” – Leo Buscaglia

#13 “But in the end, one needs more courage to live than to kill himself.” – Albert Camus

#14 “If someone listens, or stretches out a hand, or whispers a word of encouragement, or attempts to understand a lonely person, extraordinary things begin to happen.” – Loretta Girzartis

#15 “It is not enough to be compassionate. You must act.” – Dalai Lama 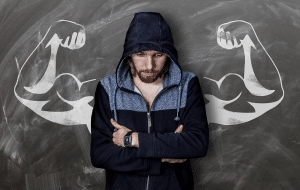 Below are some uplifting suicide prevention quotes to help you reflect and reconsider your situation. Though reading inspirational quotes can’t take your pain away, they can give you a little bit of light in the darkness.

#1 “When you feel like giving up, just remember the reason why you held on for so long.” – Unknown

#2 “To anyone out there who’s hurting – it’s not a sign of weakness to ask for help. It’s a sign of strength.” – Barack Obama

#3 “Just when the caterpillar thought the world was over, it became a butterfly.” – English Proverb

#4  “Having a rough day? Place your hand over your heart, can you feel it? That is called purpose. You’re alive for a reason so don’t ever give up.” – Unknown

#5 “They can’t rescue you if they don’t know you need it. Ask for help to fight another day.” – Unknown

#6 “Suicide doesn’t end the chances of life getting worse, it eliminates the possibility of it ever getting any better.” – Unknown

#7 “If you want to show me that you really love me, don’t say that you would die for me, instead stay alive for me.” – Unknown

#10 “The person who completes suicide, dies once. Those left behind die a thousand deaths, trying to relive those terrible moments and understand… why?” – Clark

#11 “You are important. Your feelings matter. Your story matters. Your life matters.” – Unknown

#12 “Don’t give up now. Chances are your best kiss, your hardest laugh, and your greatest day are still yet to come.” – Atticus

#14 “The bravest thing I ever did was continuing my life when I wanted to die.” – Juliette Lewis

#15 “Don’t let this be the last page of your story, but the start of your next chapter.” – Jennifer Betts 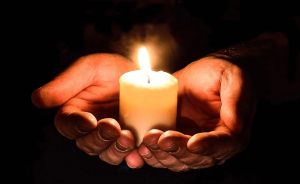 #16 In my darkest hours I had a choice to make. I could be a victim or a victor.” – Wynonna Judd

#17 “Suicide doesn’t end the chances of life getting worse, it eliminates the possibility of it ever getting any better.” – Unknown

#18 “Challenges are what make life interesting and overcoming them is what makes life meaningful.” – Joshua J. Marine

#20 “You may not understand today or tomorrow, but eventually God will reveal why you went through everything you did.” – Unknown

#21 “Soak up the views. Take in the bad weather and the good weather. You are not the storm.” Matt Haig

#22 “I know God will not give me anything I can’t handle. I just wish that He didn’t trust me so much.” – Mother Teresa

#23 “You are more precious to this world than you’ll ever know.” – Lili Reinhart

#24 “Never give up, for that is just the place and time that the tide will turn.” – Harriet Beecher Stowe

#25 “If you can’t fly, then run. If you can’t run, then walk. If you can’t walk, then crawl. But whatever you do, you have to keep moving forward.” – Martin Luther King Jr.

Escaping from a difficult situation is hard, especially if you don’t have anyone to talk to or are the type of person who prefers keeping their feelings to themselves. But hopefully, these few words were able to comfort you in some way and give you hope. Know that there is more to life than you think it is.

Our lives are like books and you shouldn’t stay on a single page of your life for too long. Try to flip to the next page. Good things are yet to come once the struggle is over, and you won’t get to them until you turn to the next page.

Want to struggle your way out of your gloominess?  Read these uplifting quotes:

43 Best Uncle Iroh Quotes: Be Inspired By Words of Wisdom

73 Iconic Spongebob Quotes to Brighten Up Your Day [2021]