Lookin’ for some cool gangsta lines from the badass Peaky Blinders? We’ve got the best collection of Peaky Blinders quotes that you don’t wanna miss here!

Peaky Blinders is a six-season drama series that won several Best Drama Series awards. No wonder why it has very high Rotten Tomatoes (93%) and IMDb (8.8) ratings. It was able to attract many critics and viewers alike since its premiere in 2013 due to its outstanding cinematography and charismatic characters.

The series revolves around Thomas Shelby and his gang, Peaky Blinders, along with his ambitious pursuit of supremacy. Thomas Shelby, or Tommy/Tom, is a fierce and cunning leader of this Birmingham gang and is the head of the Shelby family. He was a WWI veteran suffering from post-traumatic stress disorder which only started after the war.

Though Tommy may be a cold-hearted person, let’s admit that his words do make sense. Here are among the best Tommy Shelby quotes and other Peaky Blinders best quotes that we have compiled just for you.

Is Peaky Blinders a True Story? 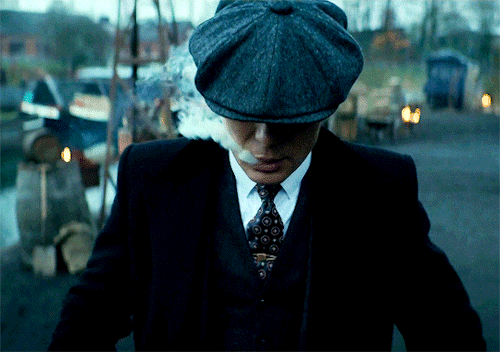 Although both gangs have similar fashion senses and were involved in the same villainous activities as shown in the series, their similarities end there. The Shelby family is not real but a lot of real characters appeared in the series such as Winston Churchill, Jessie Eden, and  Oswald Mosley. Lastly, the actual Peaky Blinders were not as successful as the fictional gang.

Let’s start our list with the most memorable Thomas Shelby quotes here.

#1 “Good taste is for people who can’t afford sapphires.”

#3 “For those who make the rules, there are no rules.”

#4 “I can charm dogs. Gypsy witchcraft. And those I can’t charm I can kill with my own hands.”

#5 “You know, gentlemen, there is hell, and there is another place below hell.”

#6 “The one minute. The soldier’s minute. In a battle, that’s all you get. One minute of everything at once. And anything before is nothing. Everything after, nothing. Nothing in comparison to that one minute.”

#11 “The only way to guarantee peace is by making the prospect of war seem hopeless.”

#12 “All religion is a foolish answer to a foolish question.”

#13 “Lies travel faster than the truth.”

#16 “In pubs sometimes people say things and sometimes it’s the whisky talking. It’s hard to tell which is which.” 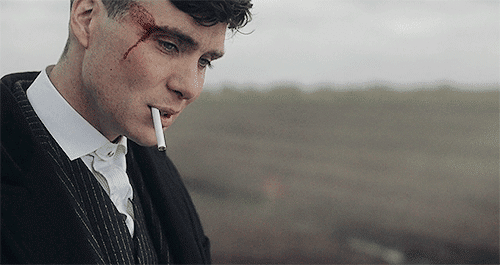 #20 “Fortune drops something valuable into your lap, you don’t just dump it on the bank of the cut.”

#21 “I learned long ago to hate my enemies, but I’ve never loved one before.”

#24 “When you plan something well there’s no need to rush.”

#25 “There’s a part of me that is unfamiliar to myself. And I keep finding myself there.”

#26 “I know that you all want me to say that I’ll change, that this f*cking business will change, but I’ve learned something in the last few days. Those bastards. Those bastards are worse than us. Politicians, f*cking judges, lords, and ladies. They’re worse than us, and they will never admit us to their palaces, no matter how legitimate we become because of who we are.”

#30 “I’m not a traitor to my class. I am just an extreme example of what a working man can achieve.”

(Thomas Shelby ‘She loves me’ scene)

#1 “She’s in the past. The past is not my concern. The future is no longer my concern, either.”

#2 “This is how I am when I’m scared. It is unfamiliar to you but not to me. I can f*cking be scared and carry on. And it’s not pleasant to look at and no joy to be around.”

#3 “Oh, and there’s a woman. Yeah. A woman I love and I got close. I nearly got f*cking EVERYTHING!

#6 “The one who keeps causing you pain can never be your peace.”

#9 “A real man choose to honor, love, respect, adore, and be faithful to one woman.”

#10 “A few days without you and I completely lost my mind.”

#11 “Everyone’s a whore, Grace. We just sell different parts of ourselves.”

#2 “Yeah, weakness behind the eyes. Didn’t blink too much, all right? You smell of smoke, and coal, and horses.”

#5 “He’ll wake up. Granted he won’t have any teeth left but he will be a wiser man for it.”

#6 “Don’t come in here and sit there in my chair and tell me that I’m losing my war to a f*cking wop.”

#7 “Intelligence is a very valuable thing, innit, my friend? And usually, it comes far too f*cking late. 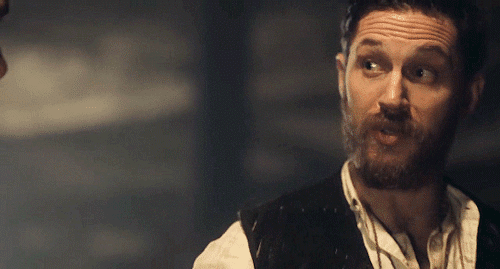 #10 “He is of mixed religion, therefore he is godless.”

#12 “Big f*cks small always, actually. There is a fight going on out there between big and small. Big will f*ck small.”

#13 “The problem, right, between rum and gin, is that gin, right, it leads to the melancholy. Whereas rum incites violence, it also allows you to be liberated from your self-doubt.”

#15 “I, my friend… I am the uncle, and the protector, and the promoter of that f*cking thing right there, in whose shadow nothing good nor godly will ever f*cking grow.”

#16 “‘Cause your people, your class, and my religion is quite similar actually because you just cannot wash it out, right, because it, it comes out your mother’s tits.”

Here are other quotes from the series that you might want to read including some funny Peaky Blinders quotes.

#2 “You have your mother’s common sense but your father’s devilment. I see them fighting. Let your mother win.”

#3 “Men and their cocks never cease to amaze me.”

#4 “You can never tell with men. They go for whoever their dicks point at, and there’s no changing their minds.”

#5 “Sometimes the women have to take over. Like in the war.”

#6 “Brave is going where no man has gone before.”

#7 “Men don’t have the strategic intelligence to conduct a war between families. Men are less good at keeping secrets out of their lies.”

(By order of the Peaky Blinders scene)

#1 “This place is under new management by order of the Peaky Blinders.”

#2 “In the end, it’s God who pulls that f*cking trigger anyway. We don’t get to decide who lives and who dies, Finn. Not us. You just have to flick a switch.”

#2 “Sir, with the greatest respect, Thomas Shelby is a murdering, cutthroat, mongrel, gangster.”

#3 “To make sure your dog obeys you, you have to show it the stick once in a while.”

#4 “An agreement is not the same thing as an assurance.”

#5 “One thing I have learned is that you and I are opposites, but also just the same. Like an image in a mirror. We hate people. And they in turn hate us. And fear us.”

#6 “Men like us, Mr. Shelby will always be alone. And what love we get, we will have to pay for.”

(Grace Burgess ‘May you be in heaven..’ scene)

#1 “May you be in heaven a full half-hour before the devil knows you’re dead.” – Grace Burgess

#2 “Nobody works with me. People work for me.” – Billy Kimber

#3 “In all the world, violent men are the easiest to deal with.” – Irene O’Donnell

#4 “You’ve told me about her, like a gentleman, now kindly behave like a gangster again.” – May Carleton

#5 “When there are no rules, women take charge.” – Tatiana Petrovna

Peaky Blinders is surely a great drama to watch if you are into the brutal side of politics and badass men in overcoats smoking cigarettes. It is still an ongoing series but Steven Knight, the show creator, confirmed that the sixth season will be concluding this beloved series. So hopefully, our collection of quotes will be able to keep the memory of the gang alive even after the series ends.

56 Top The Secret Quotes [The Power of Manifestation]