82 Minion Quotes & Despicable Me Quotes to Cheer You Up

What do minions say? Banana! Nonsense as these creatures’ words may seem, they never fail to make us smile. Be extremely blissful with these minion quotes!

Who wouldn’t love Gru’s minions? These cute, little, yellow creatures are what gave life to the Despicable Me movie series. Their unique language and childlike behavior made them more adorable and it’s hard to imagine them as real villains.

The minions speak a made-up language called “Minionese” which is a combination of Korean, Hindi, Spanish, English, and French. No wonder why they speak unintelligibly at times because we can’t understand what they’re saying.

If you are looking for minion quotes to share with your family and friends or to enjoy on your own, we’ve got you covered. Here are among the best minion sayings, minion funny jokes, and inspirational minion quotes from minions Kevin, Stuart, and Bob along with other Despicable Me characters for you to enjoy. 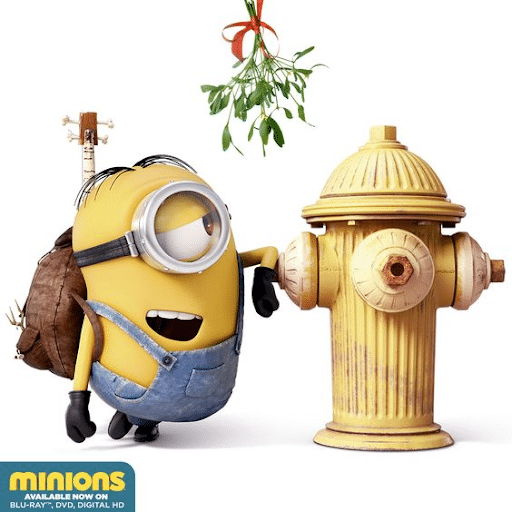 #1 “I hate you, and then I love you. It’s like I want to throw you off a cliff then rush to the bottom to catch you.”

#4 “Always trust your first gut instincts. If you genuinely feel in your heart and soul that something is wrong, it usually is.”

#6 “Behind every angry woman stands a man who has absolutely no idea what he did wrong.”

#9 “Love is just a word until someone comes along and gives it meaning.”

#11 “A relationship where you can act like complete idiots together is the sweetest thing ever.”

#13 “I have a date tonight with my bed. We are totally gonna sleep.”

#14 “I would swim the ocean for you. Lol, just kidding. There are sharks in there.”

#15 “Behind every great man is a woman rolling her eyes.” 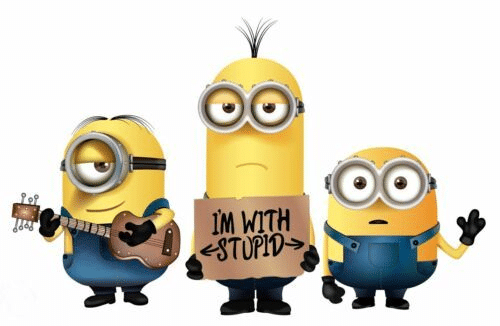 #1 “Friends come and go like the waves of the ocean, but the true ones stay like an octopus on your face.”

#2 “My friend thinks he is smart. He thinks onions are the only food that makes you cry, so I threw a coconut on his face.”

#3 “The fact that Jellyfish has survived for 650 million years despite not having brains gives hope to many people.”

#5 “Remember, if we get caught, you are deaf and I don’t speak English!”

#6 “A friend who understands your tears is much more valuable than a lot of friends who only know your smile.”

#7 “A true friend is someone who thinks you’re a good egg even though they know you’re slightly cracked!”

#8 “You say I’m dirty-minded, but how did you understand what I meant?”

#9 “True friends don’t judge each other. They judge other people together!”

#10 “I keep telling myself to stop talking to weirdos. But then, I would not have any friends left.”

#11 “Never let your friends feel lonely. Disturb them all the time.”

#12 “Have you ever noticed that in every group of friends, the shortest one is usually the craziest?”

Check out these happy minion quotes and Despicable me quotes! 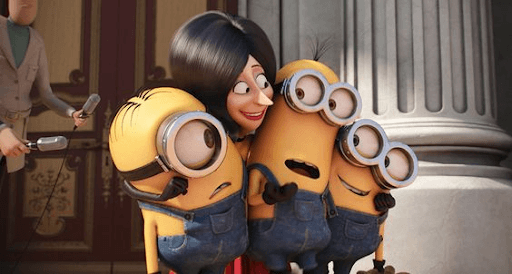 #1 “Minions! Minions have been on this planet far longer than we have. They go by many names, Dave, Carl, oh, that one is Norbit. He is an idiot. They all share the same goal: To serve the most despicable master around.” –  Narrator

#2 Scarlet Overkill: “Steal the crown, and all your dreams will come true. Respect, power…”

#3 “I don’t want you to take this the wrong way, but I hate you.” – Scarlet Overkill

#6 Scarlet Overkill: “Do you know who this is?” [Shows a painting of Queen Elizabeth]

#7 “Oh Walter, look, these adorable little freaks are headed to Orlando too!” – Madge

#8 “We were born with flippers! No? Just me? Okay.” – Frankie Fishlips

#10 Herb Overkill: “This is torture!” [the Minions playing with a hangman’s noose]

Herb Overkill: “Guys! Cut it out! This is really unprofessional!”

#11 “And that is how the Minions found their new boss! He was cunning! He was evil! He was perfect! He was … despicable!” – Narrator 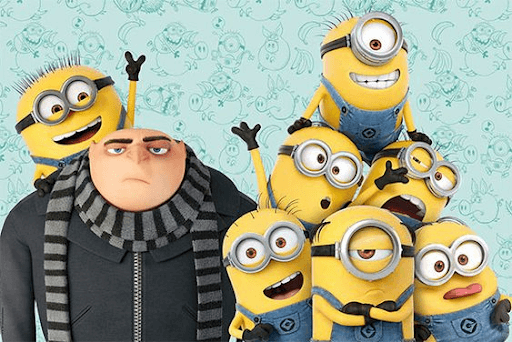 Gru: “The physical appearance of the please makes no difference, still no.”

#20 Gru: “Hello, Fred. FYI, your dog has been leaving little bombs all over my yard, and I don’t

Fred McDade: “Sorry. You know dogs. They go wherever they want to go.”

Dr. Nefario: “Do you want to explode?”

Mr. Perkins: “You don’t have it? And yet you have the audacity to ask the bank for money?”

Gru: “What are you talking about? These are kittens! Any relation to persons living or dead is completely coincidental.” 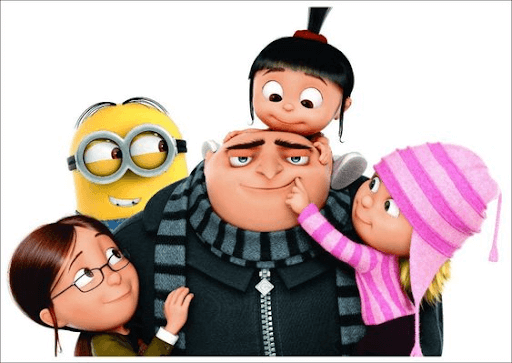 Gru: “Because my house is made of candy, and sometimes I eat instead of facing my problems!”

#29 “Okay! I see where this is going, with all the Mission: Impossible stuff. But, no. No! I’m a father now. And a legitimate businessman. I am developing a line of delicious jams and jellies.” – Gru

Lucy: “Grucy. You know, Gru and Lucy mushed together. Try it.”

#31 “Distinguished villains, my name is Gru! I feel like I’m talking too loud, even though our proximity doesn’t require this kind of volume!” – Gru 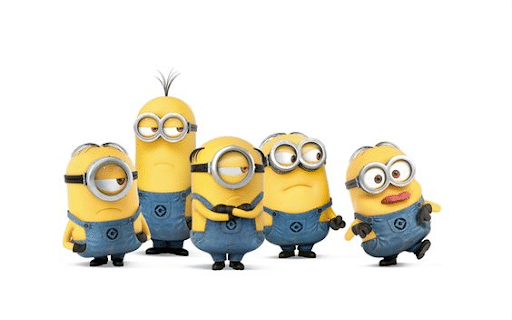 #2 “My doctor asked me if I had ever had a stress test. Yes, I replied. It’s called life.”

#3 “Starting tomorrow whatever life throws at me, I’m ducking so it hits someone else!”

#5 “The greatest pleasure in life is doing what other people say you cannot do.”

#6 “Don’t change so people will like you. Be yourself and the right people will love the real you. Unless you’re an asshole, then you should change.”

#7 “You know you’re getting older when you use the word ‘thingy’ all the time because you can no longer remember what things are called.”

#8 “Don’t worry about getting older. You still get to do stupid things, only slower.”

#10 “Life is too short to be serious all the time. So if you can’t laugh at yourself, call me and I will laugh at you!”

12 Other Minions and Despicable Me Quotes 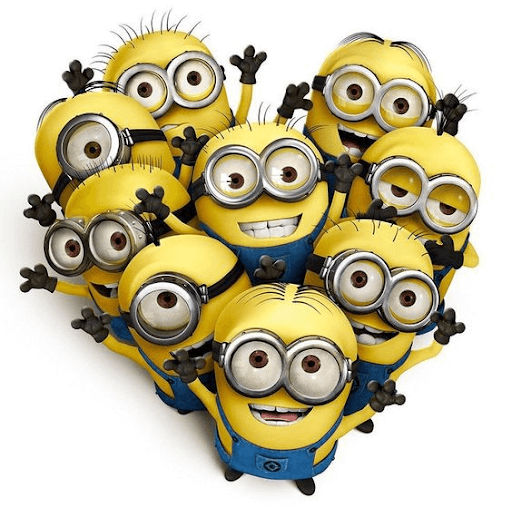 #2 “It’s like my heart is a tooth, and it’s got a cavity that can only be filled with children.” – Gru (Despicable Me)

#6 “I’m in shape. Unfortunately, that shape is a potato.”

#7 “Exercising would be much more rewarding if calories screamed while you burned them.”

#8 “I did a push-up today. Well, actually I fell down, but I had to use my arms to get back up. So close enough. Now I need chocolate.”

#9 “People who can fall asleep quickly freak me out. I mean, don’t they have thoughts?”

#11 “Singing in the shower is all fun and games until you get shampoo in your mouth, then it just becomes a soap opera.”

#12 “Every family has one weird relative. If you don’t know who it is, then it’s probably you.”

You see, not because someone is speaking gibberish doesn’t mean that their words don’t make any sense at all. Take the minions as an example. Sure, the way they talk alone makes us giggle. However, if you take a moment to “decode” their words, you’ll get more than just a smile. You’ll be amazed by how they can give you a good laugh and a little inspiration. We hope that you enjoyed reading these minion quotes from your little pill capsule-shaped henchmen and their human friends.

33 Cute Crush Quotes Sure to Capture Your Crush’s Heart